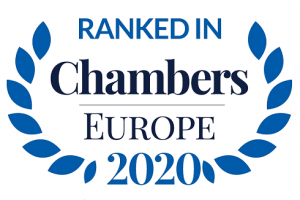 Attorney at Law Pavel Velchev has 18+ years of specialization and professional experience in the sphere of regulation, external relations, administrative, commercial, competition and corporate law. Attorney Velchev is a licensed industrial property representative. In 2013 he was entered on the list of professional representatives before the Office for Harmonisation in the Internal Market (Trademarks and Designs) and is now a licensed European Trade Mark and Design Attorney.

At the beginning of 2000 Pavel started his career at the State Telecommunications Commission being actively involved in the work of the STC resolving disputes between telecommunication operators, connected with interconnection and access.

In October 2001 he became member of the Sofia Bar Association.

Since 2004 he was appointed a Director of External Relations Regulatory and Competition Division of the Bulgarian Telecommunications Company AD.

He formed a team of 10 lawyers, financial and technical experts who are working solely in the field of telecom regulation and competition. He was involved in all regulatory and competition projects of BTC AD, BTC Mobile EOOD (Vivatel), BTC NET EOOD, Bulfon AD, and RTC EOOD (Mobikom), including but not limited to:

In 2010 he established Velchev & Co. Law Office. In the recent years Mr.Velchev’s practice has focused on international M&A, competition law, PPP, commercial law and insolvency procedures. He is advising both state owned and private companies and banks, which are among the leaders in their spheres of business.